Bob was born on 15 Apr 1887 in Fenton, Stoke-on-Trent, to Robert and mother Jane (nee Gratton). Jane died in May the same year, possibly from complications as a result of Bob's birth. His father seems to have disappeared (according to one member of the family he had emigrated to Australia leaving his wife behind) so Robert was brought up first by his Gratton grandparents in Endon and then his Uncle Arthur Gratton (father of two men on the Rushton Memorial) at Lower - now South - Lodge, Swythamley.

In 1910 Bob married Gertrude M Vaughan at Swythamley Chapel and they subsequently had a daughter, Hilda. They were living at Pear Tree Cottage, Wincle, when Bob enlisted in the 8th Cheshire Regiment as private no.  59246, probably in 1917. He served in Mesopotamia during the war and didn’t return home till 1920. He was awarded a Victory and British War Medal.

Bob worked as a gardener at Swythamley Hall both before and after the war (just like his Uncle Arthur). He and his family moved to Smithy House Farm in Danebridge in the early 1920s. Bob died in 1957, aged 70. 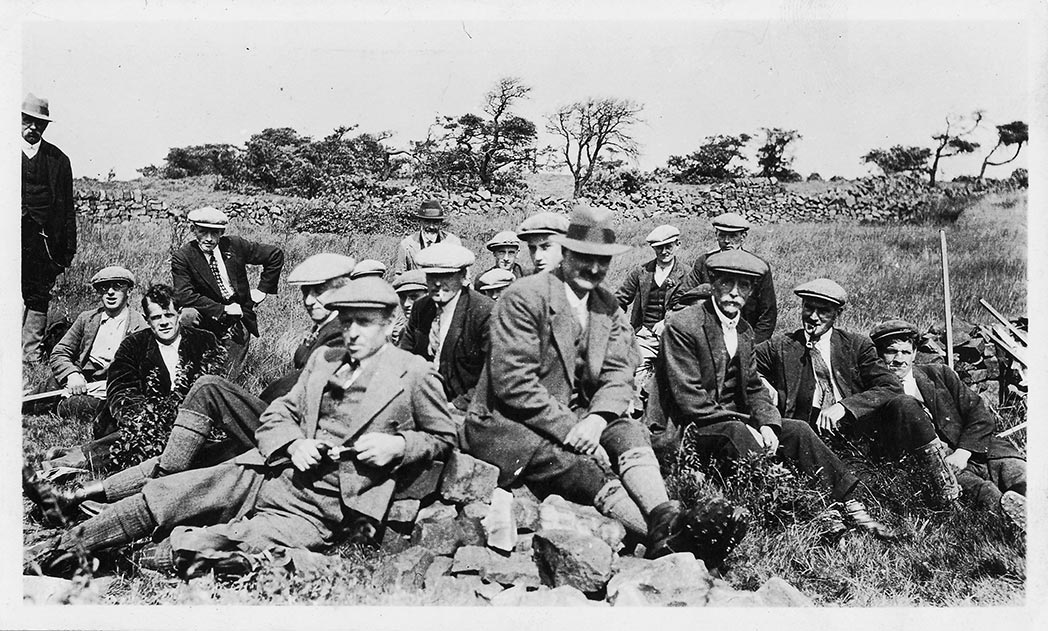