Wincle School is a Voluntarily Aided Church of England Primary School with well over 50 pupils and consistently high results in SIAMS and Ofsted inspections. Pupils come from local villages as well as further afield and the school has very strong ties with the church and local communities. TWINCLE pre-school, independent but with close affiliation to the main school, operates on the same site.

The first school in Wincle is believed to have started in a small cottage. A clue to the schools origins lies in the Stafford Archives: a 1774 map of the Salt estates in Wincle shows a building in exactly the same place as the current school. A document covering the handover of a new parsonage in 1860 mentions the surrender in trust in 1810 “of a school house and inadequate accommodation which had for many years been a school and was the only accommodation for the school, the schoolmaster and family, and occasionally Parsonage house”. 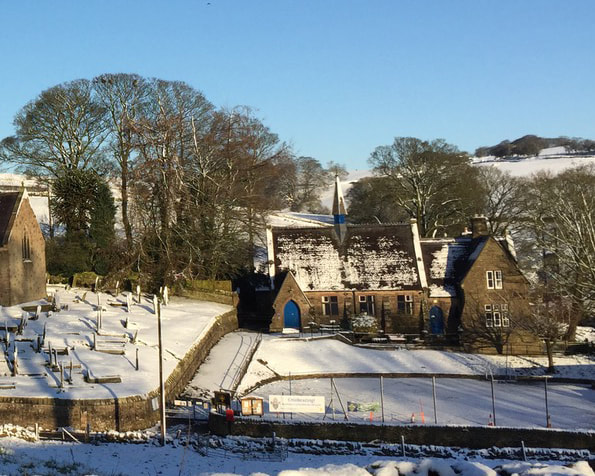 1833  The school building was extended to incorporate room for scholars and a master. Pictures of both schools can be seen in old photographs.

1960  Building of additional classroom to the rear of the school.

1965  Celebration of the 100th anniversary with many ex pupils attending

1993  Refurbishment of old school house into offices and class rooms.

2008  Completion of new classroom to replace the 1960 building and provide additional space. Opened by the Bishop of Chester.

2015  The 150th anniversary of the school with suitable celebrations and singing of hymns used at the original service in 1865.

Further information on Wincle School can be found at www.wincleschool.org with more history on www.winclechurch.org.uk.